The best investment around right now just may be your home.

Home prices and sales in the Boston area and across the state are hitting new heights, even as global stock markets go on a nauseating roller coaster ride.

Home sales across the state shot up 24 percent in July compared to the same month the year before, the best showing in a decade, reports The Warren Group, the Boston-based real estate data firm and publisher.

The median price of a home in Massachusetts came in at just under $360,000, or a 1.38 percent increase over last year, with a number of towns and neighborhoods in the Boston area posting double-digit increases.

An ongoing shortage of homes for sale has been a key factor driving prices up, industry experts say, with the number of single-family listings on the market down 25 percent from last year.

“July’s numbers are the result of a very strong spring season and are an improvement over the sluggish start to the year,’’ said Cassidy Murphy, editorial director of The Warren Group, in a press release.

Cambridge’s median home price rose 7.8 percent, to nearly $1.4 million, while Somerville and Watertown posted 38 and 27 percent increases, to $735,000 and $641,000 respectively, the Massachusetts Association of Realtors reports.

The western suburbs were hot once again, with big double digit increases in a number of towns.

Dover’s median price hit $1.2 million after a 64 percent increase in July, while Belmont’s median price weighed in at $1,115,000 after a 27 percent rise, according to MAR.

On the South Shore, Cohasset saw stratospheric price growth in July, with the median price reaching $1,165,000 after a 71 percent increase.

“While prices are moderating, they continue to be high because the demand is there and the inventory continues to remain low– an issue that has been going on for several years now,’’ said 2015 MAR President Corinne Fitzgerald, broker-owner of FITZGERALD Real Estate in Greenfield, in press release. 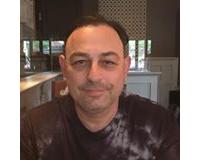 Want to Advertise on this Site?

The Truth About Renting

For many people Renting an apartment may be a first, and if it is, it can be confusing or intimidating.But it doesn’t have to be!The first thing you must do is set a budget. Now, rent cost vary

With rent prices increasing, why wouldn't you consider buying?Let's start by looking at rent prices. In 2019, the Metro Boston area alone, saw a rent increase of 16%!! That would mean a $1,500

Rent vs. Buy??What are the benefits of actually having your name on a piece of property where you live? Are there any disadvantages? There are things thats I hear on a daily basis. Let me start by

A Little About Arlington

Arlington MA is rapidly climbing the charts in becoming a #1 place to live in Massachusetts. Consistently ranked in the top 50 school systems by Niche.com property values have been sky

By registering, you agree to our terms of use and that real estate professionals and lenders may call/text you about your inquiry, which may involve use of automated means and prerecorded/artificial voices. You don't need to consent as a condition of buying any property, goods or services. Messages/data rates may apply.